Perimenopause can be a particularly trying time for women. When women start to feel the signs of coming to the end of their periods, Dr. Randi Epstein says it can feel like going through puberty all over again. Find out what Dr. Epstein thinks about hormone replacement therapy and whether or not it’s the fountain of youth.

Episode 1 | Grains of Salt: Hormone History in the Modern Age

A Scientist Walks Into A Bar

Getting Aroused With Randi Hutter Epstein

How Your Hormones Control Everything

It’s Important to Recharge My Inner Battery. To Be On-the-Go, I Need Down Time.

Aroused: how hormones control us

Dr. Epstein takes us on a fascinating tour of the unique history and science behind one of medicine’s most important discoveries — hormones — and our quest to control them.

Hormones Are More Than Just Sex

The History of Hormones

The Scientists Who Explore Human Hormones In ‘Aroused’

Author Reveals Flaws In The History Of Childbirth

After Earning MDs, Are Docs Obligated To Keep Practicing Med?

‘Get Me Out’: Making Babies Through The Ages

Bethanne Patrick talks with Randi Hutter Epstein about her book, Get Me Out.

Get Me Out with KBZZ of Reno, Nevada

The latest season of Netflix’s offered its combination of workplace drama and luxury home tours, as the series continues to chronicle the friendships and careers of a coterie of luxury real estate agents in Los Angeles. But it also producedsomething a little more unexpected: a conspiracy theory.

Two decades into the 21st century, male and female genitals mark the new frontier of human organ transplantation. But testicle transplants remain off limits, except in extremely rare cases, for bioethical reasons. A century ago, however, rejuvenation-minded surgeons embraced the idea with gusto. If a pair of testicles makes a guy masculine, why not three?

Americans Fell for a Theranos-Style Scam 100 Years Ago. Will We Ever Learn?

Randy Dotinga Randy Dotinga is former president of the American Society of Journalists and Authors, a non-profit association of freelance writers and non-fiction authors. He has been a freelance writer since 1999 and specializes in health/medicine, politics, books, and the odd and unusual. You can follow him at @rdotinga. 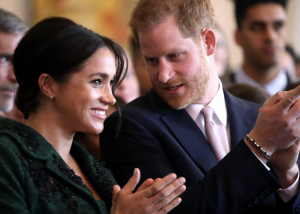 VOX: Meghan Markle’s postpartum privacy could be good for moms

Blaming Women for Infertility in the 1940s – JSTOR Daily

Infertility is notorious for its impact on mental health, with many people who are unable to conceive reporting shame, anxiety, and depression. Today, most medical providers assure patients that they’re not to blame for difficulty getting pregnant. But in the 1940s, blaming women for infertility was fairly common medical practice, as medical writer Randi Hutter Epstein explains.

The People Building Their Lives Around Their Menstrual Cycles

Devotees of cycle syncing argue that tracking their physical and mental fluctuations helps them to plan better for everything from workouts to social time F or the past five months, 27-year-old Sara Robbert has been tracking her menstrual cycle – in a…

It’s imprecise and can make families whose births are deemed not “natural” feel shame. Send any friend a story As a subscriber, you have 10 gift articles to give each month. Anyone can read what you share. Read in app We are thrilled to introduce our website, NYT Parenting.

Honey, the Baby Is Coming; Quick, Call the Photographer (Published 2012)

Send any friend a story As a subscriber, you have 10 gift articles to give each month. Anyone can read what you share. Read in app Lynsey Stone does not set foot in the shower without placing her cellphone on a nearby ledge, lest she miss an urgent text from a woman in labor.

YOU might think you control your own behaviour, but actually much of the time your hormones do. Even the tiniest swing in hormones, down to a billionth of a gram, can have a dramatic impact on the body and affect your behaviour, metabolism, sleep, mood, immune system, puberty, sexual experience, and how you eat, grow, hate, love, and think – to name but a few.

Hormones and Health: What to Know About Cortisol, Serotonin, Dopamine, Estrogen, Progesterone, and Testosterone

How hormones went from theoretical to overhyped in one century

From metabolism to sex drive, hormones come in tiny packets that pack a powerful punch, and yet there is a lot of misinformation about these chemicals. So Randi Hutter Epstein, a doctor and medical writer, decided to set the record straight. The result is her book Aroused: The History of Hormones and How They Control Just About Everything.

Randi Hutter Epstein is a medical writer, lecturer at Yale University, Writer in Residence at Yale Medical School, and an adjunct professor at Columbia University Graduate School of Journalism. She is the author of Get Me Out: A History of Childbirth from the Garden of Eden to the Sperm Bank (2010) and the new book, Aroused: The History of Hormones and How They Control Just About Everything .

A dense, absorbing investigation into the medical community’s exploitation of a dying woman and her family’s struggle to salvage truth and dignity decades later. In a well-paced, vibrant narrative, Popular Science contributor and Culture Dish blogger Skloot (Creative Writing/Univ.

There’s no end to meditations on and investigations of humankind’s big questions. Examinations of the self, human nature, and our place in the universe abound in these notable spring science titles. Aroused: The History of Hormones and How They Control Just About Everything Randi Hutter Epstein.

10 Women Changing the Way We See the World

These are the women who run the labs, university departments, and technologies companies with a drive that shows the next generation of leaders how it’s done.

Getting Carsick As An Adult Is A Real Thing, According To Doctors, & It’s More Common In Women

There’s nothing like a good road trip. Snacks, music, great company, and maybe a dog or two, all cruising along together – love it. But a good road trip can easily turn south if you get carsick. This is doubly frustrating if you were always the kid…

The Family of Surgeons That Got Famous by Secretly Using Forceps

One of the best free diversions in London is the Wellcome Collection, the medical museum operated by the Wellcome Trust and supported by the posthumous generosity of Sir Henry Wellcome, the American frontier kid who became a British pharmaceutical tycoon.

Send any friend a story As a subscriber, you have 10 gift articles to give each month. Anyone can read what you share. Read in app Elisabeth Bing, who helped lead a natural childbirth movement that revolutionized how babies were born in the United States, died on Friday at her home in Manhattan.

Ovaries are only about the size of large grapes, but they’re one of the most important organs in the female body. Their primary responsibilities include producing eggs and secreting sex hormones that promote fertility. In this way, the future of humanity depends on them. Read on to learn more about these tiny but mighty organs.

Honey, the Baby Is Coming; Quick, Call the Photographer (Published 2012)

Send any friend a story As a subscriber, you have 10 gift articles to give each month. Anyone can read what you share. Read in app Lynsey Stone does not set foot in the shower without placing her cellphone on a nearby ledge, lest she miss an urgent text from a woman in labor.

You Really Can Run Through Your Whole Pregnancy, So Why Does Everyone Say You Can’t?

If you want to feel social judgment smack you like a wall of icy wind, try doing something outrageous as a pregnant person, like buying a bottle of wine or surfing. Outsize reactions to your belly-button piercing reveals a lot about how society…

On a morning last December, Stephanie Benelli was floating on a cloud of strawberry-colored mist. The mist turned orange, then swept over her, bringing her even deeper into a relaxed state. Was she getting a massage, or perhaps enjoying an aromatherapy session? Far from it.

There is a certain image of pregnancy visible in the advertisements around us that depicts soon-to-be mothers as clean, pastel-coloured and happy. It all seems very far from what I imagine, which is a bit more along the lines of the famous scene from Aliens with John Hurt, where an alien comes ripping out of his stomach.

CBS New York NEW YORK (CBS 2) — It has long been taboo, but now is a growing trend: moms to be drinking for two. And believe it or not, some doctors say drinking alcohol while pregnant might not be so bad. The question then becomes how much is too much?