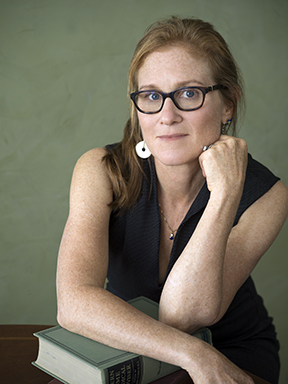 Randi is a medical writer, and serves at Yale University as the Writer in Residence at the medical school and lecturer in the English Department. She is also an adjunct professor at Columbia University Graduate School of Journalism. Randi has worked as a medical writer for the London bureau of The Associated Press and was the London bureau chief of Physicians’ Weekly. Randi focuses on the interplay between medicine and society. In other words, how cultural attitudes influence medical treatment, public health and research; and vice versa, how research and treatment influence societal perceptions of health and disease. Her articles have appeared in the New York Times, The Washington Post, The Daily Telegraph, The Guardian, Parents, More, among other newspapers and magazines. She is also the author of Get Me Out: A History of Childbirth from the Garden of Eden to the Sperm Bank (released by W.W. Norton, Jan 2010) and AROUSED:  The History of Hormones and How They Control Just About Everything (W.W. Norton, 2018).  Randi earned a B.S. from The University of Pennsylvania where she studied the history and sociology of science; an M.S. from Columbia University Graduate School of Journalism; an M.D. from Yale University School of Medicine, and an M.P.H. from Columbia University Mailman School of Public Health.  Randi lives in New York City with her husband, Stuart Epstein. They have four grown children.