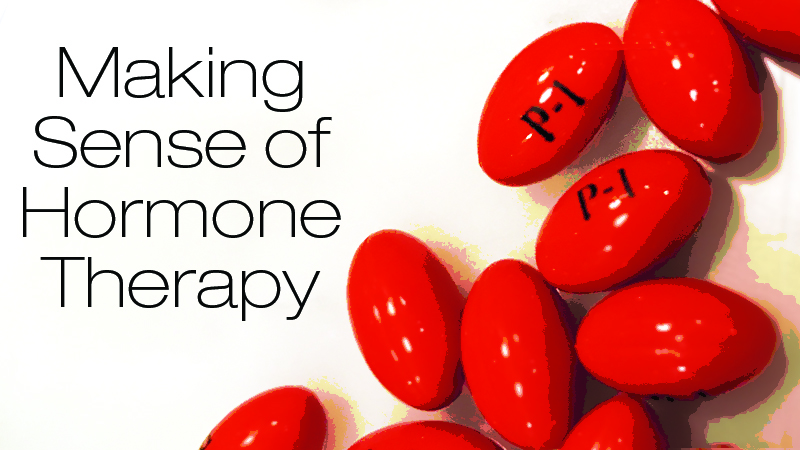 My mother is my news aggregator, better than any computerized algorithm. She culls stories for me that range from breaking news and general essays, to the arts, obituaries and every so often a wedding announcement. At 84, she’s sharper and more engaged than a lot of folks half her age. Last night, she shared with me an article posted on Facebook by one of her friends, an obstetrician-gynecologist.

Her friend, who also lived around the corner from us growing up, promoted a piece about “optimizing your hormones optimal health and wellness.” It linked to a company that sells pills touted to be better than the ones your standard doctor prescribes. The article also said that she is part of group of doctors who have earned fellowships in Anti-aging Regenerative Medicine.

This whole thing infuriates me for so many reasons. Let’s start from the bottom:

To earn credentials from the American Association of Anti-Aging Medicine is about as worthy as having the Wizard of Oz place an award around your neck and tell you that you’re not longer cowardly or that you really do have a heart. It may boost your ego, but that’s about it. The anti-aging organization is not recognized by the American Medical Association nor do their board certifications count among the the American Board of Medical Specialities. If you want to read more, there’s a full account) in Arlene Weintraub’s Selling the Fountain of Youth. I went to one of their meetings and asked a doctor who was paying thousands of dollars to get board certified why he was doing it. He told me the piece of paper (you get a certificate) would impress his patients.

Bio-identicals, which my former doctor-neighbor is touting, means that the hormones mimic the exact chemistry of your body’s hormones. That may be a good thing. Some hormones have similar but not the exact chemistry and some studies show the ones that are “bio-identical” may have fewer side effects. I’m okay with that. What I’m not okay with is the insinuation that you have to go outside of the medical establishment to get them.

Bio-identicals are often confused with so-called “compounded” hormones. You’ll see advertisements, such as the one my mom forwarded to me, touting “bio-identical compounded hormones.”

Compounding is different. It means the hormones are tailor-made to fit the customer. That sounds all well and good. The point of compounding hormones is for the rare patient who is allergic to an ingredient in the mass produced pills, such as peanut oil; or the patient who can’t swallow a pill and may need a drinkable version. But in the last few decades, the compounding industry has skyrocketed. It’s not marketed to anyone, with the insinuation that it’s the organic version of drugs. It’s not. It’s the opposite. Compounded drugs are not within the FDA’s purview—that means that you may not be getting what you think you’re getting. There’s no quality control.

If you are thinking you want a hormone that is closer to the hormones in your body, there are standard drug companies that make them. Prometrium, a kind of progesterone that mimic’s the bodies hormone, is sold by pharmaceutical companies that are monitored by the FDA. For many women—who are taking hormones for menopause—this version may not have the same bloating, nauseating, moodiness impact that other forms of progesterone have. You don’t need to pay extra to see one of these anti-aging doctors, who are part of a multi-billion dollar industry.

My mother’s friend’s article (really an advertisement) gets worse. It tells patients that another mix of hormones also cures adrenal fatigue. Adrenal fatigue doesn’t exist! It’s a disease invented by folks who want to sell you a product for a fake ailment. You might as well sell me shampoo that claims to turbocharge by brain cells.

Doctors peddling cockamamie hormone treatments is nothing new. In the 1920s, a Kansas doctor became a mult-millionaire by selling goat testicles. Clients could shop at his farm, choose their own goat, and have the surgery done in the doctor’s kitchen. He wasn’t a surgeon. In the 1950s, a journalist published a book called, “Physical Attraction and Your Hormones, a Modern Guide to Beauty, Vitality, and Health.” It instructs women how to use hormones to find fulfillment, which was defined this way. “Woman,” Nina Katherine Lunn wrote, “is equipped by nature to be, first, a lure to man then, mother to the race.”

The Facebook message my mother forwarded to me was pretty much the same hogwash as this book written more than half a century ago, and not too different from the goat-gland doctor.

I am not against hormones to treat diseases. I’m not against hormones for menopause. I’m taking them, including prometrium (the bio-identical hormone) that my doctor prescribes and I get the old-fashioned way. (meaning a prescription that is covered by insurance.) What I am against is the insinuation that to get the safer versions of hormones you need to go outside of medicine and see doctors that have a silly credential and pay extra.

So buyer beware. To be clear, my mother—my news aggregator—did not send me this article to promote the wackiness of it all. She was curious about what her friend was up to. I detected a tone of skepticism in my mother’s voice. We’ll be talking about this as soon as she’s done with her morning water aerobics.