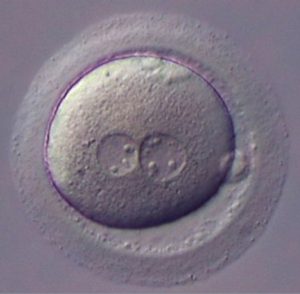 When Dr. Stephanie Dahl returned to her native North Dakota after a fellowship in reproductive medicine further east, she imagined she would join the region’s only fertility clinic helping people make babies. Simple as that. In 2006, it was the only fertility clinic between Minneapolis and Seattle. She expected a flood of patients. What she never expected was a career transformation of sorts. This mild-mannered doctor turned into a political activist, thanks to all the renewed talk of Personhood. Personhood is an ancient term with a muddled definition. The word goes back to biblical times when philosophers tried to guess the moment a seed turns into a soul-filled being. The country thought the courts settled the debate with Roe v. Wade. That decision focused on viability, or the ability to survive independently outside the womb. But the word has crept back into political hallways. Lawmakers in several states have tried to pass bills that would give personhood a legal definition. And this is how some folks want it defined: Personhood starts the moment sperm meets egg. That means this single cell would the full rights of a U.S. citizen. So far, no bills have made it to law but the drawn-out process to block them seems to waste a lot of time and money that could be put to better use. To be sure, we know much more about  the innermost details of a growing embryo. But do these insights provide any information to help everyone agree on a revised personhood timeline? While most doctors perceive this as a threat to abortion rights—which  it is—the potential legislation also impacts the treatment of complicated pregnancies and limits infertility procedures. And that’s why fertility experts are worried. And that’s why Dr. Dahl has become an activist. And that’s why professional fertility associations have formed their own anti-personhood committees to defeat  potential legislation. If a person is a sperm-and-egg, you really can’t put them in freezers. That is what happens when doctors make extra embryos and freeze them for potential future use. And you certainly can’t discard them when they are no longer needed. At issue is not only the definition of personhood (At conception? At viability? At birth?) but who should be making the decision: scientists, courts or clergy. And if it is clergy, which religion? Beliefs on this issue vary as widely as the people who hold them. This past week, North Dakota senate passed two personhood bills, putting Dr. Dahl on guard once again.

Here’s a snippet of my recent conversation with Dr. Dahl:

RHE: Can you explain these bills?

SD: The first bill that passed the North Dakota senate would amend the N.D. constitution to read: “The inalienable right to life of every human being at any stage of development must be recognized and protected.” The vague language could lead to devastating unintended consequences for pregnant women and woman who’d like to become pregnant. The second bill limits some types of in vitro fertilization, criminalizes doctors, outlaws abortion with no exemptions for victims of rape or incest, and makes it difficult to treat ectopic pregnancies.

RHE: In your blog you mention cancer, what does that have to do with fertility?

SD: Chemotherapy and radiation therapy, which are used to treat cancer, can adversely affect the ovaries and destroy a woman’s ability to become pregnant in the future. The best option to preserve future fertility for women with cancer is to perform in vitro fertilization and freeze the resulting embryos. Some centers freeze eggs, however, that technology is not as successful as IVF and is not yet available at our center. Another bill introduced in the senate would have prohibited embryo freezing (for all families including infertility patients and cancer patients), limited the number of eggs we could attempt to fertilize (either one or two), and banned some forms of birth control. Luckily, that bill did not pass. Our cancer patients have enough to worry about with their diagnosis and treatment. They shouldn’t have to forfeit their chances of becoming a mother in the future as well.

RHE: Do you ever think it would be easier to move to a state with more progressive attitudes about fertility so you can just do what you do best?

SD: I have thought about leaving the state, but I want the people in North Dakota to have this care available locally. I think what we do is important. I love my job. When patients bring their newborns for me to snuggle, it’s the best part of my day. So I try to push the politics to the background. I’m here to give patients quality care. We now have thousands of babies across North Dakota that would not have been possible without interventions like IVF. But I hear comments from senators that you wouldn’t believe. Just the other day, one told me that if God decided a woman’s womb should not bear children, doctors should not intervene. And I said, “Does that mean if God decides you should have a heart attack, doctors shouldn’t intervene either?”

For further reading as well as thorough history of the personhood debates, check out 102-year-old Howard Jones’s latest book, Personhood Revisited: Reproductive Technology, Bioethics, Religion and the Law. Dr. Jones, sharp as ever, along with his late wife, Georgeanna Seegar Jones, created America’s first test tube baby and has been in thick of the fertility debates since  day one.